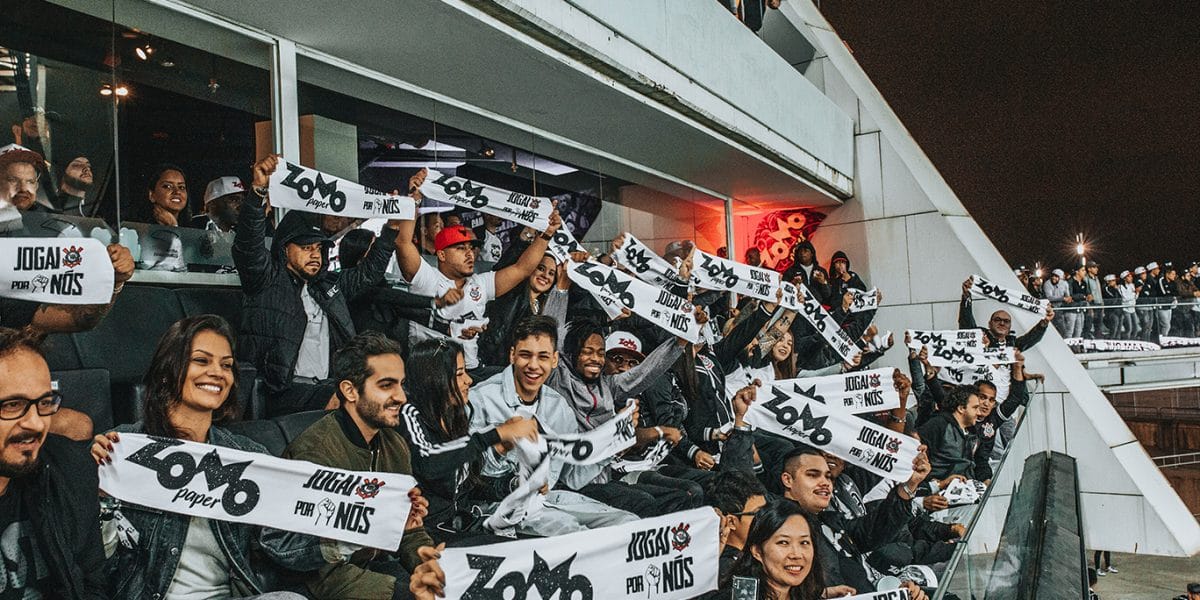 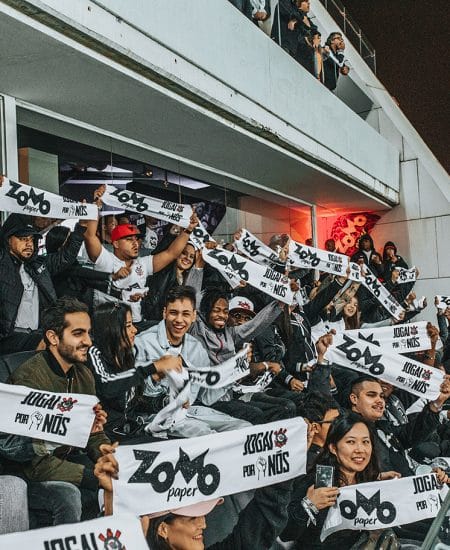 Once again Zomo Paper produces an unprecedented product. We partnered with one of the biggest teams in the world: Corinthians. We launched Zomo Paper Timão – a product licensed by the team. With the concept “Our role is to win” we think about the attitude of the fans, the players’ grip and how the art of cheering helps to win the game.

The launch took place on 26/05/2019 at Arena Corinthians with the stadium full for the classic between Timão and São Paulo. In addition to distributing Zomo Paper Timão, we deliver various gifts such as t-shirts, caps, bracelets, cups, cheering flags. Everyone was prepared to cheer with style at this big event.

We had special guests like the KondZilla crew, Mc WM, Mc Gui, Mc Ryan, Actress Cinthia Cruz and Mc Savinon. In addition to the fans who participated in our action with the UmDois Channel, where by filling in their application, they could enter the box for free to watch the game and honor the launch.

The UmDois Channel has recorded their podcast “UmTwo Testing”, where they comment on various issues involving cannabis. In addition to the channel team, Cid participated in the blog Not Saved and Thousand Degrees. Those who attended the event can watch the recording and interact. Click here to listen to the podcast.

To the delight of the crazy band, Timão closed the game with a 1-0 win against São Paulo. It was the grand finale for an event that will be in the history of Corinthians, fans and lovers of this attitude-inspiring team. Our role is to win. 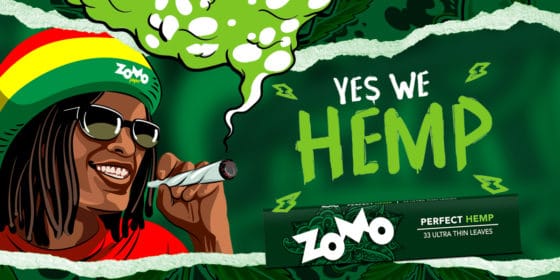 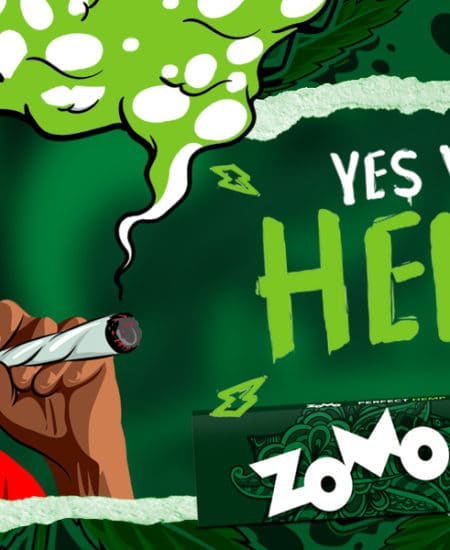 So, did you ask for a sustainable line?

Welcome the Hemp line! This line features the famous hemp fiber paper, in other words rolling paper made from marijuana itself. It is free of psychoactive substances and widely used to produce paper as well as other items in a sustainable way. This new line provides a 100% organic experience. Besides being free of chemicals, […] 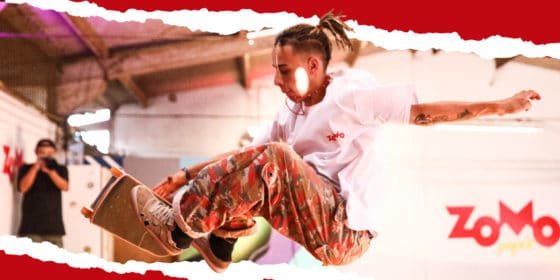 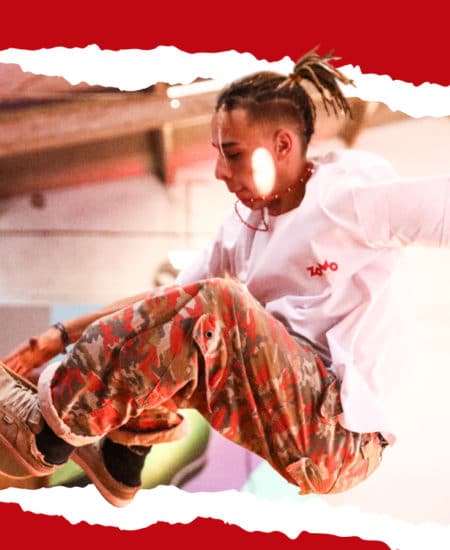 ‘Mar Vermelho’ opening event was full of emotion and adrenaline

I wish I could go back in time. On October 10th, in a joint venture, ‘Mar Vermelho’ team and I opened their new sk8 park. It was gr8. We organized a competition for two categories: Amateur and Old School. And wow, those guys were not kidding, man. Unbelievable maneuvers and challenges that brought adrenaline and […]